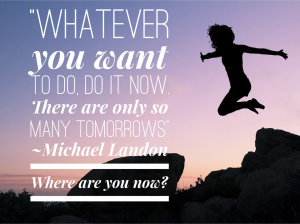 It has been over two decades since September 11th, 2001; more than 20 years since the four life changing terrorist attacks in the United States. Do you remember where you were?

I remember I was on the tarmac of JFK, getting ready to take off on my American Airline flight to Los Angeles, when very abruptly the plane needed to stop and let a couple of people sitting right in front of me, off the plane. An announcement was made that they were reporters and needed to get off to report a story. I remember thinking “that must be some story”. We would all soon to find out what that story was. We now sat on the tarmac and were told that our flight was being delayed. People on the plane started to receive calls…the flight attendants started to receive calls that people they knew were in an American Airlines plane that just had crashed into the World Trade Center. The flight attendants were visibly shook up and some were crying. The passengers started to get calls on their cell phones. Things were getting chaotic. We wondered if we were still going to be taking off or not and weren’t sure which was best. We sat for about a half hour until told that our flight was cancelled. This was a relief. Afterward knowing all that what went on and our plane having a full tank of gas…I know I was grateful. As I meandered my way through what had become a very panicked JFK airport, I started to hear all the other things that were going on in “what seemed to be the end of the world”. I made my way out through the crowds towards whatever possible transportation I might be able to find. I wondered on the way if I should buy snacks from the vending machines in case I ended up stranded at the airport for who knows how long? I didn’t buy anything. I plunged forward and there were no cabs to be had. I looked up the road and amongst all the chaos there was a bus going EAST-that was the direction I needed to go. Ah, the MAGIC BUS! There was no traffic being allowed to go WEST, which was into the city…that was closed off. I got onto the bus and there were only four other people on the bus-four other scared, lucky people. We slowly made our way back towards where I lived in what was total wigged out mayhem. The street lights were not really working, traffic was backed up for miles. The bus finally pulled into an almost empty Shopping Center Mall Parking Lot about two and half hours later. It was about 1p and the only souls there were the bus drivers, us four passengers that had made our way WEST, and the people who were picking us up. This trip would normally have taken 40 minutes. My husband who usually worked across the street from the World Trade Center, had not gone into work yet that morning before the crash-it’s all in the timing. He was able to pick me up and drive me home and we then we watched the next days, weeks, and months unfold. That day…that event…had a major effect on my life and many others. I knew others who were not as fortunate.

At that time I was a Commercial Television Producer. I look back and see all the changes that I’ve been through since then. I closed my business a couple years later, I dealt with brain cancer and survived, I walked 250 miles to raise attention for that cause, I’ve moved three times, my kids have graduated high school, one has already graduated college and so much more. I’ve started my Career Coaching business. So many things have happened. You live your life to be as happy as you can. You make the most out of it while you are here.

911 and other life changing situations teach you this about your life/career:

Keep these important things in mind as you move through the upcoming year and your life. Next year when you look back at your various anniversary milestones to see how far you’ve come-your accomplishments will be mind blowing.