Are You Believing You Can? 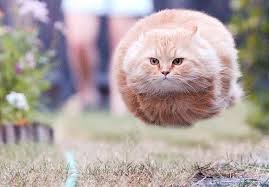 There are those that feel if you believe, you’ll achieve. Most of us have beliefs. Some believe in God, others believe in the “power of infinite possibilities”, others believe in psychic powers. There’s the thought “if you build it, they will come”. There was a movie about it. Remember the movie? For some it may be more than belief, they say it’s actually something biological. There are people who can recall what happened on almost every day of their lives. That’s more than a belief, that’s an actual talent or gift, or genetic makeup? For others it’s possible to recognize any face they’ve ever seen. Is that biological?  There are those of us who are able to know what other people are thinking…they can read their minds. What’s that about? There are people that find it possible to be completely fearless. This could be good to have? At times. Let’s not forget Flower Power! Just kidding.  Then there are others that believe that this belief stuff is a bunch of “whatever”.

I believe in the power of believing in power. I believe this has worked for me, and because it has, I continue to do it. I’ve been working with this thought or “force” or “spirit” for quite a few years now. Almost 25 years ago, I lived in a building…my daughter was only a few months old. I had an enormously strong feeling that despite the fact that it was raining outside, that we needed to leave the building. We needed to go for a walk. We left for a walk, and there was an historic explosion in our building. Had we been in our building, we would likely have been severely injured. We might not have survived. A few years later, on September 11th when the planes crashed into the World Trade Center, I was on American Airlines on the tarmac due to travel to Los Angeles. After about 30 minutes they cancelled my flight. Everything was closing down in New York, there was no ground travel into the city. I lived in the opposite direction of the city, but there were no cabs to be had. I needed a bus that went out towards my way. I really needed that bus! I was really thinking about that bus! I could see it in my mind. The policeman said he didn’t think there were anymore running. Just then he looked up and said “you’re in luck, there’s one now”. It took me three times as long to make the trip…but I got a bus…I got home. If I hadn’t gotten that bus, it would have taken me another day to make a trip that under ordinary circumstances takes forty minutes. I find parking spaces quite frequently when I need them and seats on trains and in theaters when I need them. I think of people who I haven’t spoken to in forever and they call.

I thought I was an anomaly, until just recently a friend who I’ve known for over 20 years, mentioned a book to me called E2 (that’s E-squared) by Pam Grout. It’s all about the Power of Infinite Possibilities. I feel like I found people like myself, or that we’re all capable of having these abilities. Imagine the concept that if you believe you can…you can.  All too often, we are our worst enemies. You’ve got the power!!!  Try it today. Don’t let your fears get in the way.

Love to know your thoughts.