Are You Too “Whatever” To Ask Questions? 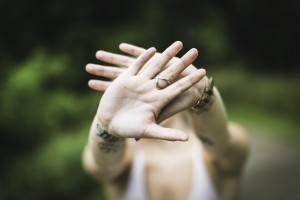 So many of us are too afraid, too shy, too embarrassed, or too “whatever” to ask questions. What could be worse than seeming like we don’t know everything? How can be learn if don’t ask? We go to school to learn, but most of us have those memories of being called on in class and not having the right answer and feeling like an idiot. We no longer felt like the private idiot we felt like the moment before we were called on-now it was out there for others to know just how birdbrained we trully were. Yikes! So why should we ask questions? Why put ourselves out there in the world as the one that doesn’t know-the one that’s the idiot. After all, if we’re looking to be a leader, we should know it all! Wrong! The highest leaders call upon others to tell them what they don’t know.

If we can shed what it is that keeps us from asking questions, we will be far better for it. There is no harm in not knowing and asking to know. It’s better than pretending that you do and you don’t. In fact, even if you may be somewhat knowledgeable about something and still act a bit like you don’t know AS much, you will be amazed at what you will learn and what you’ll achieve by asking people questions.

In our extreme situations when our ego flies out the window and we feel somewhat forced to ask questions, it’s at those times that we’re astounded by how much we are capable of learning. If for instance you or someone you love was diagnosed with a severe illness, you would ask as many questions as you could think of to both those that are knowledgeable (some even that weren’t), so you could find the best solution

or cure. Desperate times, desperate measures! But you don’t have to be desperate to ask questions, we just dig deep during those times. If your son or daughter is an excellent student and they received a scholarship to an Ivy league school but you’re just a few thousand dollars short from enabling them to attend; I’m thinking you would ask as many questions as you could, no matter how sensitive the personal financial subject matter is, to make your child’s educational wish come true. Yes? Would you feel embarrassed? Maybe. Would you feel afraid you might not accomplish it? Probably. But you would most likely try. You would do whatever you could do, to make it happen.

Really small kids before they attend Elementary School ask tons of questions. We can’t know everything. We are constantly learning. If you want to know something ask about it, unless you really don’t care to know about it. If on your job or before you take it you probably will want to know certain things. Ask about them if they matter to you. That’s a leader. If you want to know things, don’t be shy about it-don’t be embarrassed-it’s important to you. Do whatever you can do!