Feel You Can’t Catch a Break? 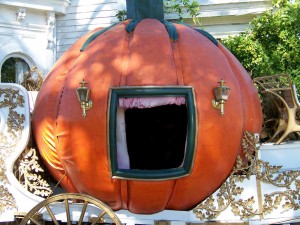 It’s possible for a plain yellow pumpkin to become a golden carriage..it’s possible. Okay, that’s Cinderella-it’s a folk tale…a musical. It’s your choice which one you prefer. Leonardo Dicaprio finally won an Oscar after being nominated six times. See, everyone can catch a break. I just saw that someone posted on Facebook “finally something goes right for DiCaprio”. I guess it’s all relative. The reality is it’s often how we choose to look at things. Here are some ways to look at things better:

Will is the ability to make a conscious choice. We all have free Will to make our own choices. Greater Will is needed in certain circumstances-no doubt about it. A person is often said to be “Willful” if they don’t submit to the commands or requests of others easily, that sounds a bit on the uncooperative side. Will is about desire. If you want something intensely, you will be more likely to persist. “Where there’s a Will there’s a way”.

Willpower is the ability to apply Will. If you have that strong Willpower you will assert decisions even in the face of the strongest oppositions. It’s both that deep want and that strength to pursue what you want that will keep you persevering in what you may believe to be your hardest times. The more you use it, the stronger it becomes.

Imagination (as I mentioned earlier) or how we chose to look at things is very important. It’s said that our body responds to imagined situations in the same way it does real ones. If you imagine a calm relaxing situation you will feel that same sense of Zen as you would if you were on a beach in Maui. It’s why many of us practice relaxation exercises and various breathing exercises. On the other hand imagine being late for an important meeting, or never reaching a certain level of success. Your body will tense in response. You should be aware of this. Knowing it can help build your willpower.

Little steps are important. Often people throw in the towel because they’re overwhelmed. They’re overwhelmed because they imagined something huge that hasn’t happened yet. They imagined the finish line. If instead what they imagined were little steps, and they could feel really happy about the accomplishments they were making, the Willpower would be reinforced. When you reach your final goal, you will feel more of a sense of happiness and strength. You are also much more likely to get to that goal because your happiness along the way will have reinforced you and your Willpower.

Your plan is necessary to keep things in focus. Things happen-some people are better at this than others, but during what can be busy times it helps to be reminded of what your plan is supposed to be so that you stay on track. Those with willpower can use a plan not to get themselves into a crisis, and for those that are building willpower they can use it to get themselves out of a crisis.

Rejection is extremely motivating or depleting to either those with Willpower or those building it. It can strangely be the best fuel for one’s passion. Look at it as a challenge to your ability or your idea. Channel the rejection into positive thoughts about how you can improve yourself and your idea; strengthen your commitment by proving yourself to yourself, and then to others.

Remember that some things come easier to others. Not everyone for instance is a long distance runner, or a natural speaker, or an organizer, just to mention a few things. Yes, some of us will always be better than others in some areas than others. The more you do, the better you get. I’m sure you can all think of examples of that in your own lives.

That’s how you can choose to look at things!